Our Blog
You are here: Home1 / Our Blog2 / All Tyre Articles3 / Independent Tyre Centres-Where Will the UK Tyre Market be Going Next as... 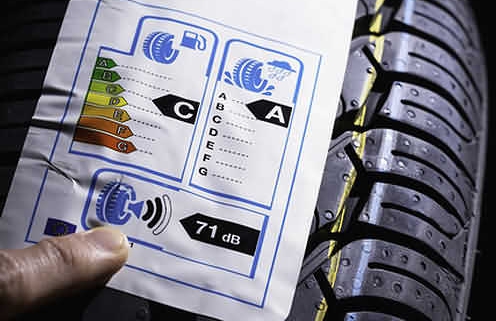 Home » Our Blog » All Tyre Articles » Independent Tyre Centres-Where Will the UK Tyre Market be Going Next as the giants battle it out?

Independent Tyre Centres-Where Will the UK Tyre Market be Going Next?

What part will Independent Tyre Centres Have!

This has always been a subject close to my own heart, I have worked in the tyre trade now for a good 40 years and like many more like me, we started our own tyre businesses in the seventies and eighties.

So we have now resigned as a member of the independent tyre group. Due to the fact that they were becoming too large and I thought ineffective.

Most of us used to work for the national companies that were then owned by the leading tyre manufacturers and then decided that we could make a go out of running our own businesses and so the story goes. Many ex managers for companies like Tyreservices a Goodyear owned subsidiary and National Tyreservices, who were then owned by Dunlop, decided that if they could run a  depot for someone else then they could do it for themselves and so looked for premises and started their own  businesses.

Here in West Yorkshire. I can think of at least six people who worked for the national  retailers. Then leaving to start their own  businesses. Some also worked for the tyre manufactures. Of course, the likes of Morris Palmer in Hull, who left Goodyear tyres to form the famous Savoy tyres ! Now run by his son. This was happening all over the UK. Revolutionized the way that tyres were sold.  To the growing market and expansion of the car market. Most households had a car by then and business was good and profitable. So, I started a business that we called Kut-Kost tyres. Accordingly, we grew into three depots and made a good living.

The advance of the tyre wholesaler.

Life went on for a few years and as we were selling more tyres. Of course, then the manufactures were offering better deals . Many of us were tempted to buy in quantity. We were at this stage having to compete with the emerging Kwik Fit Tyre Discount stores . Including the ever more competitive Nationals.

Before computers! Local newspapers would have up six different adverts. Offering all sorts of deals to the motorists. Driving down the tyre prices! Followed of course by lower profit margins. Significantly, buying containers was a way of increasing our bottom line.

At this stage we were all on a different level and knew who was the competition and could price our products accordingly to compete. What we didn’t see was the growing number of

wholesalers that were springing up all over the country and were growing at an alarming rate. I remember my first visit to Southam tyres in the old Rolls-Royce factory in the midlands and was in awe at the amount of stock he carried. Reg Bond also started his empire at round about the same time forming Bond International from an old warehouse in Pocklington ,North Yorkshire and the rest is history.

Many  retailers started to buy the better deals shifting their purchases from the manufacturers to the  wholesalers in our relentless search to maintain our profit levels.

Many other things were happening, but looking back I think that this was a mistake and it gave too much power and the wholesalers, who later decided to form their own retail outlets in direct competition to ourselves, but we are all fighters and with some ducking and diving we always seem to come up with some alternative supplies of tyres and battle on.

I then sold Kut-Kost to an emerging national company owned by Shell Oil, called Superdrive . Superdrive was to form a direct completion to Kwik-Fit, but failed to get the project together and eventually my old depots were bought from Superdrive by Kwik-Fit. I then purchased and developed the business that I am in now, Pellon Tyres here in Halifax and 25 years on fell that we are going through the same torrid times that we had to endure in the early days.

In the past two years the tyre market has seen some huge changes.

These changes have been brought on by the advent of the internet and the growing trend for the motorists to buy online. I have no problem with that and indeed as one of the Norths Independent Tyre Centres. I sell tyres online but not at a national level. But in the Yorkshire catchment area. The internet has now made it possible to buy tyres from the rest of Europe. of course, who are now in direct competition with the British wholesalers. In my opinion it is a good thing and drives down the price of tyres . So, making the tyre manufacturers the companies who are once again making the good profits. Of course, as they did in years gone by when they would deal with retail outlets direct.

More disruption in the tyre World ahead of us

I must admit that I was feeling vulnerable as I was stuck out on my own in little Halifax. Not knowing who was going to buy out what. Just like the seventies and early eighties. The next thing to come along! Has been the emergence of the Giant supermarkets wanting a slice of the tyre cake.

I must confess that I have embraced the chance of earning extra profit by fitting for these companies. But I have a feeling that we may be “bitten in the bum” by these companies. The latest rumor that I picked up. Was that the Tesco/Blackcirces combination were going to turn some Tesco sites into tyre fitting operations. Similar to Costco’s operations (as an update Michelin tyres have now bought Blackcircles). (So to update this then the Tesco-Black Circles deal never happened).

If this is a fact then I fear that it will start a new round of competition from the big tyre companies. All jostling to keep up their tyre numbers. I meanwhile think that I have made a good move by once again after many years dealing with the big five manufacturers. With all the benefits that brings with it.

As I said earlier we Independent Tyre Centres are tough and I am sure that whatever is thrown at us (now including the Corona Virus). We will struggle until these things disruptions pass, and we see better days again.

Driving on Bad Tyres-Motorists are Still Risking Their Lives, 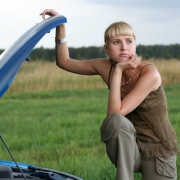 Continental Tyres UK Ltd-Spies In Your Tyres? This Gizmo Will Help Your Car...