Our Blog
You are here: Home1 / Our Blog2 / All Tyre Articles3 / Runflat Tyres Are-Safer-When a rapid tyre de-flation happens on your c... 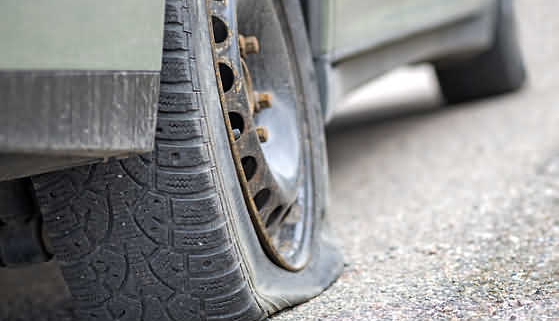 So what do runflat tyres actually do ?

In general, many of my customers complain. Especially, when they have to buy their first replacement runflat tyres. Customers, simply do not understand how these tyres have evolved during the past 10 years of car design. Consequently,its all linked with green house gasses and your cars emissions.

Also the fact that you do not have a spare wheel gives you more space in the boot and as stated a lighter load. The runflat tyres are also made from less materials than the conventional tyres. Which also makes them more environmentally friendly.

As far as tyre performance is concerned the BMW Run Flat Tyres are just the same as the conventional tyres. Providing all the benefits of the modern performance tyres. Predominantly, the main difference is that when your car has a puncture while you are out driving.

Then the runflat tyre will not deflate giving your car normal handling and cornering. Therefore reducing the risk of an accident with other road users. So, in other words Runflat Tyres Are-Safer . This is especially important say if you were in the fast lane of the motorway when the puncture occurred. Your normal tyre would instantly deflate making your car very unstable and possibly causing a bad accident, in fact figures show that tyres cause a large percentage of motor related accidents, and the runflat tyres are a big improvement on the accident figures, enabling the driver to keep a straight line when a puncture occurs in one of the runflats. .

Because punctures and blow-outs can be dangerous.Accounting  for a large majority of fatal accidents on the road. Apart from safety, a flat tyre can be a real inconvenience. Adding time and cost and sometimes embarrassment to your journey. Changing a tyre is fairly straightforward. But it often occurs at the most inopportune moment. Frighteningly, getting stuck on the side of a motorway.Especially, in the pouring rain with noisy kids in the back seat is really no fun at all! And trying to change a tyre on the hard shoulder can be dangerous in itself, or even impossible if you are disabled or elderly, in fact many drivers have to call out the rescue services to change the wheel for them,

Of course, once the tyre warning light comes on in the cab, they can safely tootle home or carry on with their journey,(all be it at 50 mph, which is the recommended speed once you have a flat on your runflat tyres).

should also include a Tyre Pressure Monitoring System (TPMS) this will show you whether you tyre pressure has been lost, this is because without this the loss of pressure in your tyres will not be noticed

Of course, Runflat tyres are meant to maintain there speed, handling and smoothness of driving. Particularly, when a puncture occurs. Indeed, even when driving on a motorway. A TPMS is essential to alert the driver to a loss in tyre pressure. To be sure it will indeed becoming part of the MOT test in the near future. Your TPMS works from either a sensor in your wheel , which is usually a special valve or from the cars ABS braking system.

Almost all of the Worlds leading tyre companies Bridgestone Run Flat Tyres make runflat tyres including Continental and Goodyear, cheap tyres can be bought online, but I recommend that you stick to the make that you have on the car at the moment or as a good cheaper alternative we recommend General  tyres.

Since first writing this post, the the runflat tyre has increased in the popularity of the car manufacturers.

However the public still begrudge paying for them. Consequently, these tyres are now fitted as original equipment to smaller car models. So, the problem start when the cars become second hand and start to need new tyres.

Fortunately,  runflat tyres are now available in “budget tyre” brands. One of the most popular tyre sizes is 205/55R16. Of course this is also a runflat tyre size as well as a conventional radial tyre size. Significantly, this size is available in several brands. Including, the 205/55R16 WINMAX EURUS63 91V RFT at £67 fitted. Chinese tyre manufacturer Jinyu also make the Jinyu YU63 economy runflat tyre range.

So these advancements have helped with the motoring expenses of the not so well off drivers with smaller cars.

There is no doubt now in my mind. hence that these runflat tyres are indeed a great safety feature. Especially when driving on our extremely congested motorway system. Only the other week a poor motorist had a tyre blowout on the M6 motorway. I know because I was caught up in the massive tailback.

Subsequently, it was a lady driver with a very flat tyre caught in the fast lane with a tyre blowout. She looked terrified as the traffic began to back up and during the vehicles recovery. So, I just could not help thinking that if she had runflat tyres fitted then she would have been able to limp the car off the motorway and home. Albeit at 50 MPH. Expressly, these tyres do save lives and get drivers home safely. 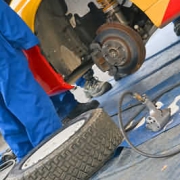 MOT Closure Killer Blow-MOT extension will have “huge impact” on...

Michelin Tyre Policy Saves Money-MD Transport chooses Michelin | HGV UK.com
Scroll to top
We use cookies to ensure that we give you the best experience on our website. If you continue to use this site we will assume that you are happy with it.Ok