Our Blog
You are here: Home1 / Our Blog2 / All Hydrogen Car Articles3 / Hydrogen Fuel cells-GREEN DRIVING- Hydrogen Cars Look Better for the F...

Hydrogen Fuel cells cars could be here sooner than you think ?

Of course, plans are already being set out to build a network of Hydrogen Fuel Cells filling stations. These filling stations will start out across London . Of course, and then across the whole of the UK. In my opinion this will be great news.So these cars will be sold as an alternative to the Lithium-Ion  battery cars. That are out at the moment and of course the so called dirty oil based fuels. Such as petrol and diesel.

The car is being developed by Hyundai. Naturally, the company hope to build over a thousand of these cars by 2015. The Hydrogen Fuel cells engine has been developed in many different countries. I am very impressed by the work done in Australia at the RMIT University in Melbourne Australia. I have linked a video demonstrating how an Hydrogen Fuel cells engine works. Made by RMIT University…http://www.youtube.com/watch?v=U7_QYTAi1-E

Hydrogen makes up about 75% of the Universe that we all live in.

We all know that eventually fossil fuels will run out. Although the timing of this has probably been extended. Significantly, by the advent of “Fracking”. Both in the USA and here in the UK,(although on a much smaller scale). This may have prolonged the life of the combustion engined car .So, that we are all familiar with, or at least be part of the fuels mix in the long run.

Of course hydrogen is a much more efficient fuel than fossil fuels. The process of passing hydrogen through a fuel cell is much more effective than the petrochemicals. Consequently, used in the conventional fossil fuel engines. That we still use today in large numbers. Also unlike the electric powered cars, hydrogen can store the energy that it creates.

Another great advantage of Fuel cells is that it produces “zero”emissions and will not pollute the Planet giving us all a greener future, this has got to be the way forward and not the all electric cars that a been produced at the moment, although I still think that the electric car will be part of the mix.

Six hydrogen cars filling stations for London to start with

The main aim will be to open over a million Hydrogen Fuel cells facilities and eventually the hydrogen pumps will integrate with regular pumps selling petrol and diesel on the forecourts of large companies such as Salisbury and Morrison’s super markets, who are showing great interest in the new program of hydrogen expansion. The expected cost to fill your car with hydrogen will be around the £40 mark which will give you about 400 miles in the new Hyundai ix 35. This will be about the same range as the conventional fossil fuel engined cars, and a great advantage over the electric cars that at the moment can only go short distances before requiring a recharge of their car batteries.
The new ix3 5 drives without any noise and only emits water from the exhaust. It has no gearbox and has drive selector say like an automatic gearbox.

It will take time establish itself but to me this technology, Hydrogen Fuel cells, will be a winner, it sounds almost too good to be true ?

To see a great article about this new car…http://www.honestjohn.co.uk/news/green-motoring/2013-07/hydrogen-powered-cars-step-closer-to-production-reality

Another great web-site to check out about Hydrogen powered cars is…http://www.planete-hydrogene.com/en/hydrogen-energy-1/hydrogen-powered-car/how-it-works-1.html

Rolls Royce MOT-Beautiful Blue Wraith in for an MOT test 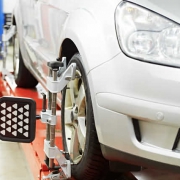