As many of my readers will know. I am a big fan of almost everything that Michelin tyres produce. Including products they have produced over the years. Therefore, I think that this could be something to do with the fact. Hence, that the Michelin Pilot Alpin was developed with the larger luxury car in mind. As I have said before, Halifax ix a small market town in Yorkshire UK .Therefore does not have that many wealthy people who would buy such luxury cars.

Tyre retailers in say Leeds and York. of course,  do get a larger share of the BMW’s and Porsche’s as we do in Halifax. With this in mind, we do see some of these famous marques in our area. Of course, we have also fitted a few Michelin Pilot Alpin tyres to these type of cars. The drivers that bring this type of car into us for their tyres. are people that trust us with these valuable machines, we do not scratch their alloy wheels, that sort of thing.

The customers who use us also give us good feedback, I have been a tyre retailer now for 40 years and it is surprising how they like to chat to me especially about their tyres, the people with these types of luxury cars are usually very knowledgeable about their cars and so like a chat.

One particular guy owns a business that supply wall insulation and also installs it into buildings.

His business does very well. Consequently, he likes fast, sporty cars. So, his latest car is a Porsche. Fortunately for us, he came to us for a set of winter tyres . So, to fit his Porsche car. For this reason, he was visiting friends in Germany and he normally drives in his Range Rover in winter, but he decided to give the Porsche a run out.

Like me the guy is a very big fan of Michelin tyres, in fact he will not have anything else on his car. He insisted on a set of Michelin Alpin tyres. The guy’s name is Richard, but the tyres he wanted were not available in the UK. We have some good connections and suppliers in other European countries and so we had a ring round.

To my surprise I found out that Michelin make these tyres in two different tread pattern designs, the asymmetric and the directional. At first I thought that there some kind of mistake as I found this very unusual?. Sure enough when I rang Richard he did know about this and wanted the asymmetric pattern that was recommended for the Porsche models.

When I checked this out with Michelin. They told me that they thought that both Tyre Tread designs had their own successes. Achieving, the end desired result for both types of tyres. Both tyre designs are subsequently, made from what Michelin Pilot Tyres call their Helio-compound rubber mixture, compound 3 G. Which is a compound that is made from sunflower oil and silica and traditional rubber. Giving the tyres more flexible sidewalls. Therefore a better gripping tread surface in cold weather. Especially at temperatures bellow 7c .

The reason is that we worked simultaneously in two parallel ways: one is made in collaboration with Porsche, the second one in a more common way. The two solutions have succeeded to achieve the desired result. Both of tread patterns respond perfectly to the “ridge-n-flex” philosophy and use the same elements but in a slightly different way.

We finally received and fitted Richards and off he went to Germany with his new Michelin Pilot Alpine tyres fitted.

Another customer that fitted these tyres said that it was the first time that he had bought a set of winter tyres. But he now feels that he can fully measure the benefits. Especially in treacherous weather conditions. Winters are  the difference between getting home safely, or getting stuck in snow. 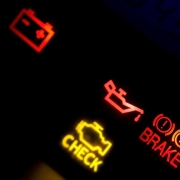 Are Hybrids here to stay ?Here’s how much owning a plug-in hybrid saves, and...

Right to Repair Law- Could Brexit Affect our Right to repair Laws?
Scroll to top