Our Blog
You are here: Home1 / Our Blog2 / All Tyre Articles3 / History of Car Tyres 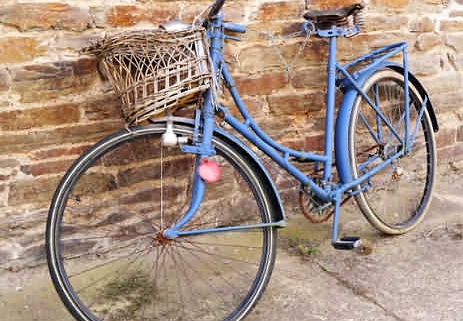 As a guy working in the tyre industry all my life then this subject fascinates me. Especially when I was young and working in tyres for the very first time. Little did I know then but my interest in tyres and the surrounding industry was to last the rest of my life. I even sometimes lie on my back in bed and try to real off the tyre types that say Michelin or Pirelli produced when I was a young tyre fitter in Dewsbury West Yorkshire UK.

The guys in the paragraphs bellow dont know what they started all those years ago, in different parts of the world. The pneumatic tyre was first invented by Robert William Thomson in 1845. However, it was John Boyd Dunlop who developed the first practical pneumatic tyre for use on bicycles in 1888.

Thomson, a Scottish inventor, came up with the idea for the pneumatic tyre as a way to improve the ride comfort of carriages. He filed a patent for his design, which consisted of an inner tube made of India rubber, filled with compressed air and surrounded by a casing. However, the patent was not granted and the invention was not developed further.

Dunlop, a Scottish veterinarian, was motivated to develop the pneumatic tyre for his son’s tricycle.

He observed that the solid rubber tyres on the tricycle caused a rough and uncomfortable ride, and sought to improve the situation. It is also great to know that once again it was the British who were at the forefront of yet another great world invention.

He experimented with different designs and eventually came up with a tyre made of canvas, filled with compressed air and sealed with a layer of rubber. He filed a patent for this design in 1888 and established the Dunlop Pneumatic Tyre Company to manufacture and sell the tyres. Dunlop were the first tyre company that I worked for and still have fond recollections of this great British icon.

The pneumatic tyre was a significant improvement over solid rubber tyres, providing a much smoother and more comfortable ride. It also had better traction and durability. The invention of the pneumatic tyre revolutionized the transportation industry and is still in use today.

Dunlop’s invention was not the first attempt at pneumatic tyres, but it was the first practical one, that could be mass produced and that would work well in real-world use. The invention was a response to the need for better tyres for vehicles, which would provide a more comfortable ride and increased safety.

This invention has had a profound impact on the transportation industry, making it possible to travel faster, longer, and more comfortably than ever before. A great story from Scotland Who would have thought the car tyre would keep rolling on right up to today?

As you can see, the development of pneumatic tyres was a gradual process, with several key inventors and companies contributing to its evolution over the course of many decades.

Caravan Batteries-time to check and test them before the new Spring season ...