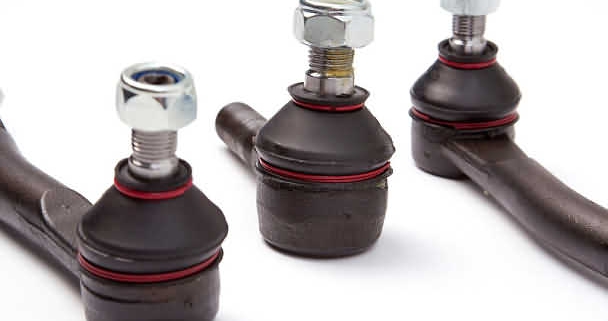 In recent weeks ,we have had a spate of Ford Escorts with steering problems. Therefore, I recon that the large number of “potholes” that we have are to blame. Hence, we have all gone down a pothole in recent times. Especially here in the Halifax UK where my garage is situated.
Furthermore, potholes do seem to affect the older more frail car models. Consequently, these older cars are usually owned by the younger generations. To put it another way, these younger drivers will probably have ago at a DIY repair.

Because they at the lower end of the income bracket and can not afford garage fees.
Ford Escorts come into the bracket of young driver cars. Fortunately, we have a large female customer base. As a result, females are able to budget for car repairs.So they are more likely to bring in their car for us to check out and give them a quote for work.
In the past three or four weeks we have had a run of Ford Escorts with steering/suspension problems. Consequently, the first one was the wife of an old customer. Her name was Jane. Jane drove an old P registered escort that was handed down through the family. She loved her little car.

Jane reported that her front tyres were wearing down on the outsides. Also, when she accelerates the car then it pulls to one side. In this case to the right. Consequently, the car pulls to the left when she eases her foot off the gas.
Her husband had looked the problem up online. because of this he thought it could be either the “steering rack” or the “drive shaft”. Jane left her Escort with us and we proceed to examine the ladies car.

Without doubt, we checked the steering rack and the driveshaft. But these were fine and in good working order. In this case, we found that the problem was the “lower suspension arm bushes”. Apparently, a common problem with this model. As usual we contacted the customer. In thus case Jane. Jane was given a quote for the work and we were given the go ahead to proceed.
The work was completed and we re-adjusted the wheel alignment before road testing the car. Jane works for the local Nestle company in Halifax. Moreover, she was highly delighted with the service and brought us a box of chocolates to share amongst the staff.

Second Escort was exactly the same?

Later that week we received another call from a young man. Hence, whose name was Craig . Craig’s car was his pride and joy,a 1977 Ford Escort Gti. Once again Craig brought in his car for us to check out. Sometimes, the car had a mind of it’s own. Steering wise.
Whenever driving along. Then the car keeps getting wobbles. Especially on bumpy roads with dips in them. Craig also reported that the Escort would pull to the right and then the left. Of course, this sounded very much like Jane’s problem with her Escort.
The car was left with us. Sure enough the problem turned out to be exactly the same, the lower suspension arm bushes. Consequently, these were replaced and the car also had a wheel alignment, before a road test. Once again our customer was highly delighted and collected his Escort the same day.