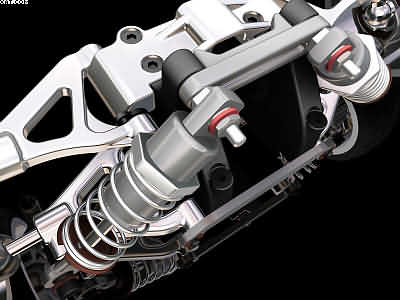 Dangerously, his car skidded and crashed into the kerb. Causing damage to the underside of the car. Of course, the customer suspected that something had been broken the Front Suspension. Perhaps an “Arm Rubber Bush”, or the “Suspension Arm Bolts”. Carefully, his car  limped into my garage in Halifax West Yorkshire.

Ryan Linton pulled the car onto a ramp. Of course to examine the car to see what had happened. Significantly, Ryan found that when the car had skidded and hit the kerb. Indeed, it had snapped the Suspension Arm Bolts, on the multilink suspension that these BMW cars have.

Also the TPMS sensor lights were illuminated ! So when checking, the BMW’s tyres . Indeed they were found to be inflated to the wrong pressures. Unfortunately, we later thought that this could have caused the car to swerve. Thus hitting the kerb, when the cars driver was trying to avoid the tree branch.

SO, the problem was discovered and the hub had to be removed to solve the problem. Also, the broken stud was drilled out as the stud had been snapped off flush with the hub. Subsequently, the bolt was drilled out and the hole was re-tapped . Of course ready to take a new stud. The other Suspension Arm Bolts were BMW Parts ( supplied by the local BMW dealer in Wakefield, the nearest one to my garage in Halifax) were also changed and the assembly was re-fitted.

In conclusion, we now think that the guys low tyre pressures were the cause. Of the car correctly not handling when he swerved to miss the branch. Finally, we also checked and inflated his tyres to the correct pressures. Our happy customer went off on his way three hours later.