Our Blog
You are here: Home1 / Our Blog2 / Air-conditioning in Halifax3 / Car Air-Conditioning (air-con)-Who would have thought that we Needed I... 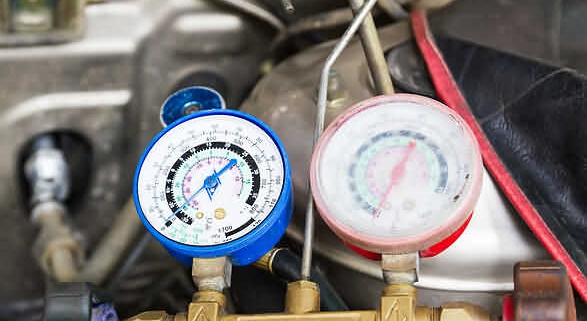 Home » Our Blog » Air-conditioning in Halifax » Car Air-Conditioning (air-con)-Who would have thought that we Needed It?

Air-con was one of the last things that you would have needed here in the United Kingdom’s cool climate, but now that we have it in almost every vehicle, I do not know how we did without it? This time of year is when our customers are starting to get their cars ready for the summer and this includes have their Car Air-Conditioning system serviced.

I must admit though that I remember the pre-Car Air-Conditioning days of motoring on a hot summer’s day. In those days, the only way to cool down was to open the car’s windows and stick your head out of the window. Not only that I also remember when the cars windows would steam up in spring and winter, due to condensation, this has now stopped because of car air-conditioning fitted to most cars. We used to arrive at our destination dripping with sweat, with our legs sticking to our trousers and other bits.

Although they had far more hot days and they really did need it especially in the Southern states. Air-con in the car was actually invented and used in America as far back as 1939 and Packard were the first car makers to install Car Air-Conditioning as far back as 1940, and although it was a crude system compared to today’s cars Used Cars, it was

better than nothing at all. In fact, it was Chrysler that was the first to introduce a properly integrated air-con system into their cars in 1953 as an optional extra. By 1970 almost half the cars in America were installed with Car Air-Conditioning and us in Europe were still miles behind.

At the same time in 1970 the USA adopted a new “Clean air act”, but the regulations for motor vehicles did not come into force until 1990. This meant that the refrigerants inside the Car Air-Conditioning had to be re-cycled and a different refrigerant had to be used. The gas that we all use at the moment is the R134A, but we think that a newer gas will be used in the near future. European car manufacturers quickly followed suit and air-con was installed in all of the big production cars such as BMW and Mercedes and was quickly followed by the family car market, down to the small cars made by Citroen and the Toyota Yaris.

The main parts of the car air-con system consist of the Air Conditioning Condenser Unit, compressor and evaporator and a few other parts that, these all work together to remove and cool the humidity that is in the air and circulate it into and through the car, the warm humid air is replaced with cool air at the temperature that you set it at. That is until things such as the Car Air-Conditioning Condenser start to go wrong.

It is a well-known fact that cars fitted with air-con use more fuel and so some drivers switch of the air-con when the weather is cold. It is in actual fact false economy to switch off your air-con in winter. This is an extract from the Autokool website…http://www.autokool.co.uk/faq_13.html

“It is false economy to turn the system off in the winter. This can lead to deterioration of the seals and gaskets in your system and, even more, rapid refrigerant loss. On the coldest of days turn the system on to ensure that the windows are demisted and the interior of the car is comfortable. Contrary to popular belief this does not greatly reduce your mpg or performance. With modern engines and increased fuel efficiency the cost of using your vehicle air conditioning system has been considerably reduced with modern advancements in engineering”.

And the members of staff at the garage should all be certified to use the equipment and handle the refrigerant that is used, so check out the air-con before the summer arrives and keep yourself cool and dry.