You are here: Home1 / Our Blog2 / dunlop tyres in hebden bridge

So, the Dunlop Tyres Motorsport division always brings back great memories for me . In the sixties a local would would be racing driver called Paul Craven wanted us to obtain some Dunlop racing sliks for his racing car (i think it was F2 racing but I am not sure)

Of course. Paul was the wealthy son of a Company that made building breeze blocks. Importantly, out of waste from the local coal fired power station (now pulled down).

In those days I worked for the local National tyres in Dewsbury West Yorkshire UK, and I was chosen to go to the  sports division in Birmingham the West Midlands. This was in pre-motorway days and the journey would have been about four hours. We did not have sat-navs then but I finally found the giant  tyre factory. In those days we did not ever travel far away from our small tyre depot. So I was very excited. The guys at the factory were very helpful and showed me round the racing division, the rally tyres and the F1 tyres and of course the ones that I had to collect were loaded onto my van and off I went back North, a great day out.

The  factory was now becoming old and was systemically dismantled over the coming years and the tyres were made in other parts of the World, only the racing division remained.

“Fears for future of Dunlop Tyres Motorsport in Birmingham; Birmingham Mail NILGOSC claimed that its proposed development will employ about 140 people, but the Dunlop Motorsport unit, off Ashold Farm Road, currently employs 303 people, many of them highly skilled”…http://www.birminghammail.net/news/top-stories/2012/10/12/fears-for-future-of-dunlop-motorsport-in-birmingham-97319-32016092/

This new tyre from Dunlop tyres has been specially designed. Hence, for the “driving enthusiast”. Dunlop has had a long heritage and standing in the field of motor sports. This new tyre is no exception. The new tyre. Naturally, has been developed to give much-improved road holding. Especially, for the driver who likes to live close to the edge. Therefore, with much-improved road holding due to the addition of racing technology. Plus, 120 years of racing experience built into the new tyres.

This tyre gives much-improved grip. As a result, in both wet and dry road surfaces. This is due to the increased contact area of the road. Because of the tyres huge outer shoulder block area. The new Dunlop Sports Maxx Tyres. Also, boasts two large centre grooves. So, that enable the tyres to dissipate water quickly. Thus, and resist aquaplaning. Keeping the tyre firmly in touch with the road surface in very wet weather. The water is pushed away from the centre grooves via through a set of lateral grooves and away from the tyre.

This new tyre is clearly aimed at the “Ultra High Performance” (UHP) tyre market. The new tyre will be available in 17 and 18-inch tyre sizes and will cater for high-performance car brands such as Audi, Mercedes, Porsche, BMW and Maserati’s. The new Dunlop tyres will also be available for the BMW Mini and jaguars.

This new tyre has been designed to be used by the Worlds fastest cars to perform on and off the race track. This new race tyre gives the same quality as the Sports Maxx road tyre but with added compounds used in the development of Dunlop Sports Maxx Tyres racing division. This tyre is clearly going to be a winner after the thousands of hours that the Dunlop development team have worked on this project. This is the difference that I always talk about when explaining the difference between cheap sports tyres and the leading tyre companies, research and development costs a lot of money, this is why companies such as Dunlop tyres are able to command best prices for Dunlop tyres online at Pellon tyres Halifax 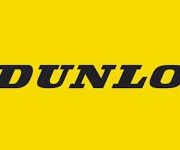 It was back in 1888 in Scotland. Thus, when the pneumatic tyres were invented by John Boyd Dunlop. Yet, another great British invention. He was working on his son’s bicycle at the time. Hence, he came up an inflated rubber tube filled with air. Of course, it was fitted around a metal rim for comfort. Hence, the rubber tyre was born. This invention paved the way for the future of the great company we now know as Dunlop tyres.

In 1985 Dunlop were bought by BTR plc and later a Japanese company Sumitomo were given the rights to make tyres under the Dunlop tyres road brand, it then started producing tyres in its UK subsidiary under the Dunlop Tyres Ltd name.

In 1999, the Sumitomo group began talks with Goodyear tyres and Goodyear bought a 75% stake in the company. Sumitomo carried on making Dunlop products in Japan and Goodyear made Dunlop in North America.

In 2006, The new tyre company stopped making tyres here in the UK. Motorsport tyres are still produced out of their Birmingham UK factory, turning out about 300,000 specialist tyres a year.

The old factory can still be seen from the M6 motorway as you travel through Birmingham but it is a shadow of its former self, joining in with the rest of the decline of British manufacturing in the UK, very sad, I have had many visits to the old tyre factory in its former glory days but now the tyre products are produced in China, Poland and Slovenia, not a British product anymore.

Fulda and Sava both brands that we used to sell in past and are good quality tyres. Goodyear tyres now operate from offices in Luxembourg and Brussels, who report to the main head office which is still in Akron USA.