Our Blog
You are here: Home1 / Our Blog2 / All Car Manufacturer Articles3 / Broken Engine Mounting-Mercedes A Class thought his engine was dropping... 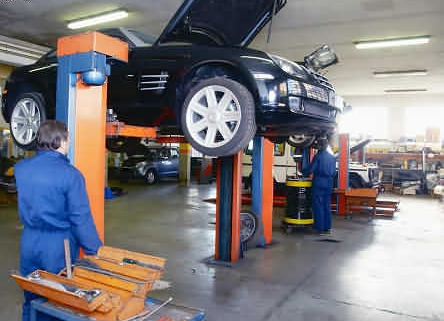 Home » Our Blog » All Car Manufacturer Articles » Broken Engine Mounting-Mercedes A Class thought his engine was dropping out?

Last week was a busy week, one of the jobs was a broken engine mounting.

The customer came into our garage here at Pellon Autocentre in Halifax UK, with what he thought, “Was the engine dropping out”?

He told us that the Mercedes Class A an increase in engine noise and vibration felt inside the car, as if the engine was ready to fall out?. The customer thought that the noise was even louder, when the car was stood still and idling. The guy was very distraught. He explained how the car made a noticeable thumping noise when he changed gears.

Ryan Linton had a good idea of what it could be. Consequently, the customer left the car with us for examination. Like any other part of the car the engine mountain can be prone to breaking. It is similar to a large exhaust bracket that supports the engine against vibrations. Once it breaks it sounds like the engine will fall out.

The mountings are checked on the MOT test, but the rubber part of the mountings can break apart very quickly.

Ryan checked out the Mercedes and as suspected the car had a broken engine mounting. Because we are a part of Unipart Car Care centres, all our work is guaranteed and covered by a nationwide warranty scheme. Because of this we use replacement parts that are of the same standards as the original equipment parts.

The engine mounting is the part that holds the engine to the body. Or to the engine cradle (sub-frame) of the car. This is to reduce the amount of engine vibration felt inside the car. Most engine mounts are filled with rubber as shown in the image and works. Because, there will be no direct metal-to-metal contact between the engine and the car body In most cars. Furthermore, the rest of the engine and gear box assembly are bolted together and held in place by three or four other mountings.

Ryan went ahead and removed the old mounting. When the new one arrived he fitted it and the car was as good as new. Ryan road tested the car and gave the

thumbs up. When the guy picked the Mercedes up he was highly delighted with the cost, because he was convinced that he needed a new engine?