Our Blog
You are here: Home1 / Our Blog2 / All Battery Information3 / Varta Batteries Driven BMW…All Electric of 1972 – Top Gear 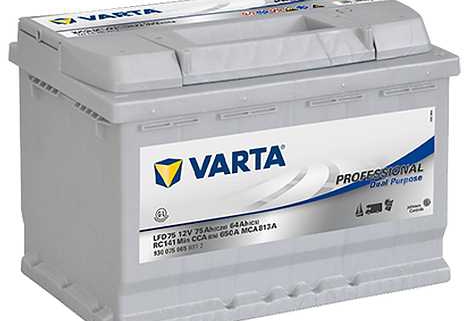 Varta Batteries Driven BMW powered 1602e was BMW’s first EV, and grand-daddy to the i8. Here’s its strange story

This was a surprise to me when i read about it?

So, I knew that battery driven cars are nothing new. But have never heard of BMW getting involved, and using Varta Batteries . Of course scientists are now developing the electric cars . Driven by a different type of battery. But, BMW apparently used the only technology available! The good old lead acid battery and Varta ones to boot.

Electric cars driven by batteries are nothing new?

Consequently, many car manufacturers have tried to produce the electric cars. Going back to the 1800’s. One of the efforts came from Ferdinand Porsche, the guy who started the Porsche car company.

So, he developed an electric car known as the P1 as far back as 1898. Consequently, he also developed what could have been the first hybrid in the world a car that was powered by a gasoline engine and a battery.

Thomas Edison also thought that electric cars were going to be the future and was always trying to improve a better batter to drive cars. Edison teamed up with Henry Ford to try to create lower cost electricity. Bur it was Ford who scuppered Edison’s plans by bringing out the model T, which would run on a petrol engine and not battery driven.

The cost of the cars driven on a gas engine was half the price of a battery driven model.

The gas engine cars out sold the battery cars and this was amplified even more when the starter motor was invented and it became far easier to start a car by pressing a button, than by hand cranking the engine to start the car.

Petrol became more popular! As oil was discovered in more and more of the American States. This meant that the new roads that were been built. Of course, all across the States and were serviced by petrol filling stations . All across the country! Giving the gas powered engine an even bigger advantage to the consumers. Who were buying these more affordable cars in droves. A new freedom had arisen ! People were wanting to explore the new road networks that were opening up all over America.

Nothing much happened in battery development for years. Bringing me up to the time when I became interested in cars. Working as an apprentice mechanic.Of course, here in Yorkshire UK, my home county.

The 1960’s and 1970’s the world was shook by the Arab Oil Embargo (1973). Which worried the USA about importing oil. So, in 1976 they passed a law authorising the development of battery driven electric and hybrid vehicles. Specifically, nothing new here, what goes round comes round?

So, the American Motor company developed an electric battery driven jeep. To be used by the American post office in 1975. Of course, things were starting to move . But the problem of distance traveled on one charge, was rearing its ugly head. The same old problem that we are getting in today’s Lithium-Ion battery power trains.

Interest in the electric car then slowed down. Significantly, there were no further developments to name. As a result, regarding battery powered cars. That was until the 1990’s came along and the desire for cleaner air and pollution controls, Increased the interest once again, about developing the battery driven electric car.

Governments were introducing clean air acts and implementing emission controls on the car manufacturers. Unknown to the public which includes myself, governments were throwing billions of dollars in the surge to develop a better battery that would drive the electric vehicle of the near future. Oil prices were rising after the relatively cheap price of gasoline in the 1990,s and a similar scenario to the 1970’s was now emerging.

The race was on between the huge car companies in different parts of the world. Toyota of Japan was the first car maker to make big inroads. Into the electric car and hybrid car developments. In 1997 they introduced the Prius. Which became the first mass produced hybrid car. So, a car with a petrol engine and a battery train. This to me is still the better option than the elusive all battery driven car. Toyota used a nickel metal hydride battery to power the Prius. So, as I stated earlier the gas prices were starting to rise, which made this car a very popular choice for consumers.

Honda had also produced their new hybrid in 1999

Expressly, the developments after that are another story. This article gives my readers a little insight of a period. Hence, before the development of the new technology batteries. Such as the popular Lithium-Ion batteries, that scientists are still trying to perfect to this day.

Please note these are the words and opinion of the author (Eric Roberts) only. Neither the author nor the website can be held responsible for any errors or omissions. You should seek professional assistance if in doubt about your choice of battery. The article may contain a link to Batteriesontheweb where you can buy Varta Batteries products online.

Leisure battery LV22MF Numax leisure- Batteries can give you as much as 150...

Hybrid Car Servicing-Independent garages can service Hybrid cars including Pellon...
Scroll to top
We use cookies to ensure that we give you the best experience on our website. If you continue to use this site we will assume that you are happy with it.Ok