You are here: Home1 / Our Blog2 / broken springs repaired in halifax 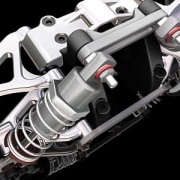 As to damaging your car’s tyres. So potholes are notorious. Including, ruining the alignment of your wheels. Of course, as well as the suspension and undercarriage of the vehicle. Therefore,when the car’s alignment is affected. Perhaps most serious but often the most overlooked problem. Hence,is that your steering wheel wont be straight.

Importantly, this can cause your car to veer off to the side. naturally when you are driving. Thus, left untreated this can become a potentially damaging problem.

Potholes are bad news for motorists everywhere. Increasing the chances of hitting a pothole and having your tyres damaged. Hence is significantly high.

After the terrible winter we have just had. Then it is important that drivers are on the constant lookout. Especially for potentially dangerous potholes when out driving. As a result, some of the potholes. Are created by the disastrous winter conditions.

Literally tearing people’s car tyres to pieces when driving over them. Especially on those dark winter nights.

Potholes are impossible to see. It is estimated that in Britain the price of repairing all the potholes on the roads is in the region of ₤ 10 million and will take around ten years to repair every single one.

If you come across a particularly big pothole. That you believe is going to cause your car suspension including the springs and tyres some serious damage. Then the best course of action is to avoid them as best you can. If this is not an option drive over the potholes at a very slow speed, this should minimise the impact of hitting one.

There are some things though that people need to be made aware of when it comes to potholes. Including, the damage that they inflict upon a car’s tyres.  Are you aware that you are not liable for the pothole damage to your car? Drivers can claim for damages caused by a pothole. Just send them the proof from a photo or an image from your cellphone.

If you are planning on travelling around Great Britain. So and would like to check what the roads . Especially, in the areas you are going to be driving. Then there are many websites that have been set up to inform you. Many even have maps. Hence,to let you know where potholes are. Simply search for this kind of information on Google.

Because, you are bound to find a number of these websites.

Broken Spring Problem could be anywhere in the world

The problem of roadworks appears to be World wide. This article by WAFF is about the roads in the USA, but we have just the same problem here in

the UK. These roads with there ditches and potholes are not doing the cars suspension any good at all.

We seam to have half the roads in Yorkshire dug up at the moment ( probably getting ready for the Tour De France cycle race). The main problem for my garage at the moment is Broken Spring Problem and wheel alignment in Halifax being knocked out of position. These roads also have other premature steering problems such as worn out ball-joints.

The main problem to me. Is when the authorities repair a road they do not fill back the hole correctly. Of course, in a week or two, holes appear in the road. Thus, causing the surface to break up and later more pot holes spring up.

Of course, until their car has an MOT test, and it fails the test not knowing that if they knew where the hole in the road was, then they could have taken a photo and claimed for the damage caused from the local council.

I suppose I should not be complaining as long as we get some of the work in our garage ?

Moving forward to 2019, then things have not really improved ! So, the old problems of potholes and motorists buying part worn tyres have not gone away. Significantly, even our motorways appear to be affected by the dreaded pot holes. These days I do many miles delivering our battery products, all over the UK.