Our Blog
You are here: Home1 / Our Blog2 / corvid 193 / independent garages Test and Trace-What ‘Test and Trace’ means...

The new NHS Test and Trace service, which was launched yesterday (Thursday 28 May) in England, has raised concerns about the possible repercussions for independent garages. The programme aims to help identify, contain and control COVID-19

So, in my opinion one of the big problems from this pandemic is the “haves and have nots”. Of course we are all one country but there are significant differences in the amount of infections across the country. Cities and large suburban areas are of course the worst hit by this terrible virus. Here in West Yorkshire where I live then the virus is practically unheard of.

In fact I do not personally know of one person that has contracted the disease!  Isolation has also been a key to individuals not catching covid 19. When we see the terrible loss of life in places like London and Birmingham then it makes me feel thankful of where I live! In beautiful Yorkshire! Yes there has been cases in our area but with  much smaller population then we must be thankful. Why people want to cram into the huge conurbations of London I just dont know.

People go on about the quality of life and the wonderful things that London has to offer but two days is all I can stand. Like millions of other people I am afraid that I will be keeping away for the foreseeable future. Other negative things include the massive attempt to keep traffic off the roads of London. Of course in the disguise of a pollution tax. Well good luck to you all and just keep watching “The Yorkshire Vet” and dream of a better place to live!

London should have been shut down and close it off at the M25. This would have spared our economy and the rest of the country from been sucked in and having to suffer. But they didn’t and what happened happened?

Anyone who tests positive for coronavirus will be contacted by NHS Test and Trace and will need to share information about their recent interactions.

This could include household members, people with whom they have been in direct contact, or within two metres for more than 15 minutes.

People identified as having been in close contact with someone who has a positive test must stay at home for 14 days, even if they do not have symptoms, to stop unknowingly spreading the virus.

If those in isolation develop symptoms, they can book a test online or by calling 119.

What ‘Test and Trace’ means for independent garages – Garagewire 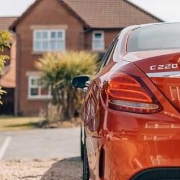 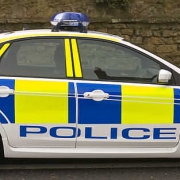 Tyre labeling- is now considered good for the motorist to check on?
Scroll to top