Our Blog
You are here: Home1 / Our Blog2 / All Car Repair Articles3 / All Exhausts/Catalytic Converter Stuff4 / Catalytic converter thefts- on “significant” rise – ... 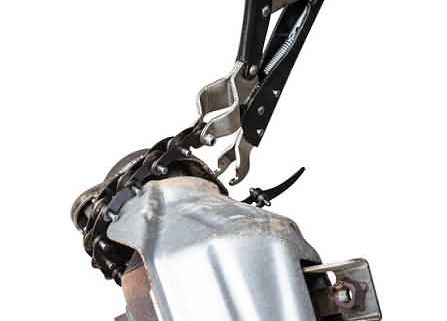 So, this is a follow up to a recent post that I did about cat/converter thefts from the Halifax area of the UK. Unfortunately, this problem is nation wide. Because of the make up of these catalysts then they have become an easy target to steal. Cats contain precious metals that are in short supply. Consequently, illegal thefts are becoming common place.

Unfortunately, we are experiencing many of the thefts coming from Honda car models. Luckily some customers are covered by their car insurance but many are not. Going forward it would be worth drivers checking out with their insurance companies. Hence to see if they are covered or not!

Of course this type of practise is nothing new. Consequently, I know of a company in the Elland industrial area of West Yorkshire, that were badly hit. So, for ease of access to there vans then they were kept parked outside. Drivers made early starts giving the drivers a quick turn around in the early morning.

However one Monday morning the drivers turned up only to find that the whole fleet was stripped of their catalytic converters. What an horrific find ?

According to recent reports, catalytic converter thefts have been on the rise in the United Kingdom.

This is due to the fact that these devices, which are used to reduce harmful emissions from vehicles.

Are of course made of precious metals. Importantly, such as platinum, palladium, and rhodium. In order to prevent these thefts from occurring. Then it is important to take precautions. Cleverly, such as parking in a well-lit area or in a locked garage.

Catalytic converter thefts have been on the rise here in the West Yorkshire and the rest of the UK. Once again because the converters are made of precious metals, such as platinum and palladium, which have been rising in value.

The thieves are targeting vehicles that are easy to access. Of course, such as those that are parked on the street or in public parking lots. Even in well-lit areas the thieves have the uncanny ability to crawl underneath a vehicle and remove the catalytic converter without detection.

Some well-lit car parking areas have had multiple thefts in one fowl swoop by the thieves.

Cat/converter thefts have dramatically increased since June with the number cases of reported to be “significant”. Crimes dropped to just 52 in April from over 400 at the start of the year in January but

Online Bookings on Increase-Online servicing and repair jobs surging with 205%...
Scroll to top