Our Blog
You are here: Home1 / Our Blog2 / All Car Repair Articles3 / WIPER BLADES-Could Be a Thing Of The Past? “Ultrasonic Transducer” cou... 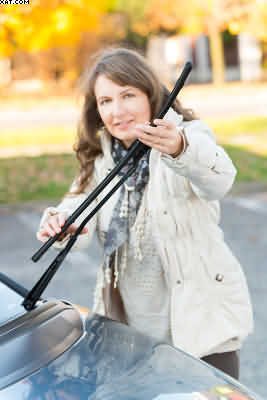 Could this be the beginning of the end for Wiper Blades?

Of course, when you fit a new set of wipers. Definitely test out the wiper blades before using them in real rain situations. Therefore,you can go to a car wash or spray your car down with a water hose. Of course then click the wiper switch. Hence, you have successfully install your new set of windshield blades if all goes well.

Usually there is a locking mechanism that attaches the windshield wipers to the wiper arm. Of course, which is in turn, connected to the blade motor. Unlocking this portion will enable the old wiper to come loose. Consequently, all you have to do is snap the new one in place. Then lock the mechanism up again. Ensuring that the replacement wiper is secure.

Just like anything else, the very best windshield wiper blades can be very expensive. Since there is usually a rainy season, possibly in winter and autumn. Of course, one can buy winter wipers for that one time of the year. Then wait until the next year to buy new ones. Also they can be an MOT test failure!

MODERN WIPER BLADES can be expensive?

It is no secret that some of our jet planes do not have Flat Wiper Blades fitted, but use another method of clearing the winter weather from their windscreen.

The windscreen is kept clean by an instrument called an “Ultrasonic Transducer” which sends ultrasonic sound waves across the windscreen surface that clears all screen from such things as snow and insects apart from the normal rain. Another added bonus to making the car lighter would be that the cars would not need a wiper motor and the cables and things that go with it.

This would be great for use on today’s cars as it would also increase the effect a more efficient air flow, as the car is driven along, making the car more aero- dynamic and also more fuel efficient due to slightly less drag, as the screen would be cleared instantly all the time and not just when the Flat Wiper Blades were applied.

I have a friend called Peter, who would not clear the windscreen until the very last minute that he could not see the road in front of him. This system would keep his screen clear all the time, thus reducing the chance of an accident happening because of the lack of vision.

WIPER BLADES invented in the USA by a lady driver?

Just for the record the Window Wipers blades that we use today were invented by an American lady, she was called Mary Anderson and the idea came to her whilst she was on a trip to New York, when she noticed that the early car drivers were sticking their heads out of the door windows, so that they could see where they were going when it rained.

As a result, the first wiper blades were very simplistic. Just a metal arm device with a rubber blade. Operated manually by the driver. Thus, using a sort of lever inside the car. The invention was first thought of in 1903.By 1916 her invention became standard on all production cars in the USA. Only a year later in 1917 the first automatic wipers were invented by another lady in America called Charlotte Bridgewood, these were known as the   (Charlotte Bridgwood’s “Storm Windshield Cleaner”).

Charlotte invented this electric wiper system whilst she was the president of the” Bridge-wood Manufacturing company” in New York.

The Mclaren super car maker to end the wiper blade.

Rumours are rife that the McLaren car maker are considering are to introduce this type of technology into their new models, it would be great to see if this idea works, but not if you are a wiper blade manufacturer.