You are here: Home / Our Blog / Volkswagen

Now is a crucial time in the automotive industry with more and more motorists switching to Alternatively Fueled Vehicles and away from petrol and diesel. In addition to this, autonomous technology has come on leaps and bounds, and it seems that driverless cars could be arriving in

the near future. With so much change on the horizon, it is worth looking at the major manufacturers to see what their plans are and what role will be during this exciting time.

German manufacturer Volkswagen is one of the biggest automobile manufacturers in the world. In 2016 they unveiled their future plans. so, with the impressive TRANSFORM 2025+ program. VW’s plan for the next decade and beyond involves developing clearer brand positioning. Hence, across various regions around the world. So, by improving both efficiency and productivity. There will be an increase in economy cars in India, Russia and South America. With a focus on electrification and connectivity. They will also be increasing presence in the United States. Of course, by introducing large SUVs, sedans and their electric car range.

As part of TRANSFORM 2025+, VW will be upgrading their production operations around the globe with a €22.8 billion plant investment. This is with a focus on modular production. Which will lead to e-mobility. At first, VW will be developing their new modular electric drive kit (MEB). Which will lay the foundation for their new generation of electric vehicles. Consequently,the first of which will be the Volkswagen ID. Which is expected in 2020. They aim to have 1 million electric cars on the road by 2025. According to the brand. So, the MEB will be able to deliver EVs that have ranges of 400 km to 600 km. Naturally coming with a string of rapid charging capabilities. In addition to this, a huge investment will be made into the electrification and hybridization of all Group models.

Overall, they expect the strategy to result in a positive impact of 3.7 billion euros a year. Establishing themselves as the number one player in the electric mobility sector by 2025. They believe that China, Russia, Brazil and North America will be the main growth drivers over the next few years.

So, what does this all mean for motorists? Car buyers will benefit from investing in VW cars as they will have the most efficient and technologically advanced automobiles available. Additionally, if you switch to an electric, you can benefit from low running costs and no road tax. It is not just the electric capability and innovative technology that make VW cars a smart investment, however. Volkswagen has a reputation for their excellent build quality and reliability. They always use the best tyres for superior grip on the road and excellent ride comfort, which improves the performance across their entire range.

Another key selling point for Volkswagen is that they are one of the more affordable brands with a car in every sector and this makes them popular with a wide range of motorists. This is particularly true when you visit dealerships like Unbeatable Car, where you can find nearly new and used Volkswagen’s for sale.

The automotive industry is undergoing an enormous revolution with a heavy focus on electrification. This is being pushed by governments around the world, but also by the major manufacturers. VW have outlined their plan to become the biggest electric car company in the world with their TRANSFORM 2025+ strategy. This will involve an enormous technology offensive with a €22.8 billion plant investment with a focus on modular production, which will lead to e-mobility. This will result in a range of new electric automobiles on the roads over the coming years, as well as the electrification of their and hybridization of their Group models. 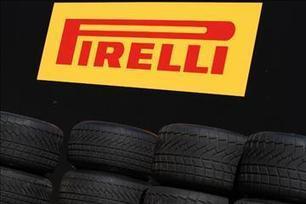 Pirelli tyres are to make a Pirelli WRC

Pirelli WRC Rally tyres are to share as one of the suppliers in next years World Rally Championship 2014. I can only say that i wish them luck, because after

there F1 disasters they will need all the luck they can get. Things have now picked up on the F1 scene with Pirelli Carlisle becoming more experienced and established.

Goodyear , Hankook  and DMAC tyres will be the other three tyre companies that make up the four suppliers.

Out of the three tyre makers I have only had any experience in the Rallying world with Goodyear rally tyres. I will be interested to watch the series next year to see who comes out top, the only other rally tyre maker i know in recent times has been Yokohama who’s product has been very successful in recent rally’s, but not on a prestigious event such as the World Rally Championship on TV, I can’t wait ?

As a 2015 update Pirelli tyres have also retained the tyre supplier status to the F1 racing scene from 2016. Pirelli approached the F1 bosses with better offer than their rivals Michelin tyres.

Hi I would like to introduce myself. I have worked in the Garage and tyre and Battery business now for 40 years. I have worked for a couple for national tyre companies in my younger days, before starting my first business. I now own a company here in the UK called Pellon Tyre and Auto-centre, and I am a keen blogger about anything to do with cars and their related products that will help my business. We are members of Point-S and MotorCodes and are also a Unipart Car Care Centre.

Going way back in time. I can remember when we used to buy Cheap Exhaust Pipes in bulk quantities. Until changes started to happen. Because, car manufacturers became computerized . Therefore, they were able to change car designs and shapes at a much faster pace.

A modern exhaust part costs more but better made

The car models.  When I first started fitting car “Exhaust Pipes”. Were fitted for years before they were changed. Hence, cars like the Vauxhall Viva (remember the old vivas?), Vauxhall Cavaliers, the Minis . Of course, the VW beetles were also very common. Because these cars were built in such huge quantities we could buy the Cheap Exhaust Pipes in bulk and pass the savings onto the customers.

After the start up of Kwik-fit many smaller companies like my self started up as Tyre and Exhaust centres and because they were a relatively new concept we enjoyed great success and thrived, with Cheap Exhaust Pipes one of big sellers.

Of course things changed with the advent of the internet. At first it did not affect us , but the old faithful car models began to decline followed by cars that were built in smaller quantities with different designs and engine sizes within the same car models. This meant different exhaust fitted to the same models, for example the same car may have a 1.1 or a 2.0 litre engine requiring a different exhaust system to be fitted. This change made it

difficult to keep a large stock of exhausts at Cheap Exhaust Pipes prices, because of the vastness of the stock we would require.

This brought a string of large exhaust wholesalers selling Cheap Exhaust Pipes to the fast fit centres and regular garages. Here in Halifax we had five companies who were wholesaling exhausts  and this meant that another string of costs were added to the price of an exhaust pipe to the general pubic and therefore a rise in cost.

As time went by Cheap Exhaust Pipes were not as important to us fast-fit centres and we went onto other things such as servicing and MOT testing, also car batteries became a more important of our business, although we still fit exhausts, but nowadays they are better made and last much longer than they used to last, but better quality means that the motorists get a better deal with a better product, but at a much higher price.