Our Blog
You are here: Home1 / Our Blog2 / All Car Repair Articles3 / Independent Garage-Important for Local SEO Facebook and the rest of the...

Surprisingly, this is one of those articles that I thought up when waking at 4 am in the morning. I had been watching a webinar about where we were all heading !Of course, due to the changes that Google have been making. Consequently, over the past couple of years whilst trying to link this with my garage and tyre depot. Of course, for some sort of future reference and guidance for myself (speaking as the SEO guy for my business). So, in order to plan some sort of future path towards where an independent garage in this day and age would be heading.

Of course, this webinar was very interesting and it is not often that they hold my attention ! But this one did ! The guy explained what they thought the Google updates had meant, for the Independent Garage. Including the Panda, Penguin and Hummingbird updates. All this has tied up with the things that we have been doing to make our garage business successful in these vastly changing times. One of the most important things that I now think that we got right, was by actively taking part on the social media sites, especially Facebook.

This brings me back to the webinar.

It is thought that Googles aim is to clean the internet up from all the spam and bad linking that has been going on in the past, and this is what the recent updates have been doing. I have had to learn the hard way about promoting my Independent Garage web-site through my blogging and I have been one of people that these updates have punished. My crime was to buy some links to my site which were not suitable for Googles new regime and I was downgraded in the rankings. I am just in the process of trying to get these removed and I am now complying with the new rule book as millions of other web and business men have to come to terms with the new way of promoting their sites and businesses.

Naturally, we have been working on our Facebook page. Now for about three years and are now beginning to feel the benefits. Google have said that in future searches will be aimed at local areas and businesses ! (except for the companies with a national interest of course). Perhaps, we will be going back to the days when we could afford to compete with the large companies. Of course, by putting a full page add in the local paper and just wait for cars to roll in. Google do not like the smaller businesses using Ad-Words and just paying a few hundred pounds at a time. Subsequently, they want the larger companies who pay them thousands at a time. Predominantly, Google say that a new platform will be formed ! For the smaller businesses . Linking with their popularity on the social media sites.

In other words I think that we having been doing the job right,

Without knowing it? Businesses will have to write top class articles in their blogs and other articles. So, to promote their Independent car repair Garage .Businesses and will not be able to rely on linking strategies. But become far more social on sites like Facebook. It is most important for the Independent Garage and tyre centres to create Facebook pages .Of course, in touch with their local public ! Known as Facebook friends.

Not only will this keep you up to speed with the local public !

But you can offer them all sorts of offers and build up a relationship with your customers. I used to wonder where all our lady customers came from, but when I was thinking about this article, the “penny dropped” and I realised that many of the ladies were our Facebook friends. We have also discovered that people can instant message us if they have a problem with their car and indeed they will book their car into us for a service or a new tyre.

We can also test the water by offering  competitions and monitoring the response we get from the competitions, small things done at regular intervals, such a recent one that we did was to win an MOT test or a wheel alignment. Last week we did a win an oil and filter change. We find that these competitions are won in the same day and they keep our face book friends interested.

This type of business promotion is going to fall in with the future of Google.

So, social media sites will be the main driving force. Subsequently, the success of the Independent Garage or tyre outlets. So, to enable them to compete at a local level ! In my opinion this is the best time to start. Also I believe that the next generations of young people and future car owners will be drawn towards our garages . From social media sites and mobile communications. Importantly, this is already happening now ? More and more younger drivers are contacting us on their mobile phones and I pads . Including, through Facebook or Twitter . Of course, it will be imperative that the independent garages and service centres involve themselves  sooner than later. So, keeping ahead of the game to fit in with Googles future strategy.

Since this post was first written then we have left an international tyre group.  Consequently, we joined to improve our customer services. Offering different products has definitely improved things ! However it was found that they were not moving forward enough for owner Eric Roberts and we resigned. 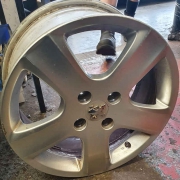