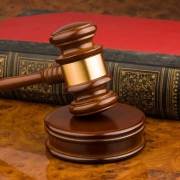 I was completely drained by the end of this horrific scam attempt. Some days I think that I am getting too old for this sort of thing, and this would be one of those days. So, it’s now the day after, and I am composed enough to write this blog post. So, to warn other garage owners and businesses about our own lucky escape. It started after lunch with a phone call from my Halifax Autocentre manager, Debby.

Deb was a little shocked at the phone call that she had just received. Just like any rational person would! was panicking about the situation. So, the caller stated that he was from a company of bailiffs and was about to send his staff in to recover goods to the value of an outstanding debt. just over £3000! He left Deb’s name and number to call for more information. I proceeded to call the number immediately. I was told that it was for a debt dating back to 2017 from a company handling Google AdWords. At this stage, I won’t mention any names! But we will be pleased to help others in the event of an attempt to a similar fraud against them.

Somehow the scammers had the name of my wife, which was used as their original contact with the Google AdWords company. My wife is a very clever lady and insisted that no such deal had been struck under any circumstances. I’ll admit that I was genuinely flapping at this point and didn’t know where to turn.

However, I made another phone call to the scammer, who claimed to be from the bailiffs. So, this time the guy was very polite and offered me a way out of the problem. Eventually, he gave me the phone number and case number of a guy professing to be a member of the Northampton County Court Bailiffs staff.

The guy was very helpful and also sounded genuine. However, things did not seem to stack up. My wife and Deb began a little digging, and they were now suspicious about the information we had been given. The court person was very polite and said that to stop the bailiffs from entering the garage premises, we could pay the court £2330, and this would then go to a local tribunal in our own  area of  Halifax.

My main concern was that he said he’d send me the information on how to pay the money online and the bailiffs would be stopped! Meanwhile, it was looking like this was a scam as my wife and Deb dug out more information.

Even the phone numbers that were used were false but appeared genuine. Also, the names they used were those of genuine court and bailiff officials. As a company, we at Pellon Autocentre have a 100% clean record and have never failed to pay anyone for anything . I think now that that could be why we were targeted. The scammers knew that we would panic and possibly pay the money over the phone.

However, because of the digging done by Deb and my wife, we were saved from falling for this very clever scam. I am writing this post the following day and have since recovered from the shock! I’m ready to see what else being in business in 2021 can throw at me and the family business.

A great explanation as to why this is happening and what you should do can be found on this blog post  https://www.burnetts.co.uk/blog/dont-fall-to-a-bailiff-or-enforcement-officer-scam

More garages Caught out by this scam

Since I wrote this post, the scammers have not given up trying. According to this edition of “Garage Wire,” the scammers are still targeting garages! Of course, they pretend to be “county court” bailiffs and threaten to come and remove some property if you don’t pay an amount over the phone. So if you know that you are in the clear and innocent of any wrongdoing, just put the phone down and ignore them.