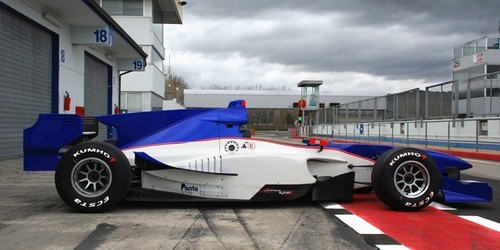 Kumho Tyre is ready to roll in Bibb County, bringing more than 300 jobs and a $225 million investment to a big tire plant.

The latest Kumho Tyres Factory to be opened is in Bibb in the USA and will open up the States to a larger market. Not many years ago Kumho tyres were the new boy’s on the block and along with Hankook tyres were virtually unheard of a few years ago. The

giant tyre company sprang onto the World stage after creating a massive dealer network, through British wholesalers such as Micheldever in the South of England. The sister company of Kumho is a brand known as Marshal tyres, originally sold to the American market, but now sold here in the UK through Bond International Tyres in Pocklington near York in the UK. There are no plans for a Kumho Tyres Factory to be built here in the UK, but you never know. I suspect the cost of labour here in the UK is very high compared to the emerging Eastern economies, where a Kumho Tyres Factory has been recently opened in China.

Kumho tyres have also become one of the top tyre suppliers in the World of motorsport and this is another reason that the company are expanding the Kumho Tyres Factory empire into other countries and markets. The Kumho brand is an excellent product and is selling well against the top tyre companies such as Bridgestone, Continental and Michelin,. The gap is getting narrower between the up and coming Eastern tyre manufacturers and the long standing well known tyre companies.

Hi I would like to introduce myself. I have worked in the Garage and tyre and Battery business now for 40 years. I have worked for a couple for national tyre companies in my younger days, before starting my first business. I now own a company here in the UK called Pellon Tyre and Auto-centre, and I am a keen blogger about anything to do with cars and their related products that will help my business. We are members of Point-S and MotorCodes and are also a Unipart Car Care Centre.

CHECK YOUR CAR BRAKES REGULARLY- Regularly Checking your Cars Brakes Could Save Your Life ?

Winter Tyres Safety-One Of The Best Safety Items You Could Add To Your Car.

Local Garage Trust Worthy-Do you trust your local garage?Do They Give You a... Waste Oil-Do You Know Where your old engine oil Is Going after a car servic...
Scroll to top
We use cookies to ensure that we give you the best experience on our website. If you continue to use this site we will assume that you are happy with it.Ok