Our Blog
You are here: Home / Our Blog / All Battery Information / Hybrid Car-That Runs on Air-Pressure and Not Batteries

Peugeot’s new technology will get you 117 miles per gallon. (Better Than Batteries: A Hybrid Car That Runs on Air http://t.co/3wz2KXjhlo)

New technology to compete with the big batteries Hybrids 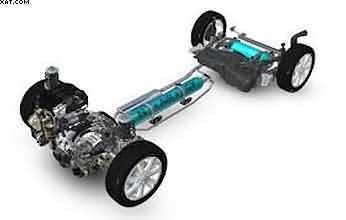 This new development from Peugeot-Citroen is yet another big development to compete with the massive batteries and price tag of the earlier hybrid car. The beauty about this car is that the engine is almost a standard type engine that uses petrol (gasoline) and will be started by a standard Battery System along with uprated gearbox and special hydraulics. This is great news for us independent garage owners as it will give us a chance to repair these cars when they arrive in the aftermarket a few years down the line, a thing that I don’t believe will happen with the huge Lithium-Ion battery driven cars, that are to be leased to their owners.

The new hybrid car will be driven by the conventional engine when traveling any distance, but will reverts to the “Air power” when driving in cities and towns, when the air system will be activated when the car does less than 43 mph. It is also expected that the car will be capable of producing an average of just less than 129 miles to the gallon with upgrades towards 2020. Read more: http://www.dailymail.co.uk/news/article-2266632/Car-runs-air-coming-soon-Peugeot-Citroen-unveil-new-117mpg-

The first hybrid car using this technology is expected to on the smaller Peugeot 206 ; although I don’t think that a decision has yet been made. The price of these new cars is going to be about £1000.00 cheaper than today’s battery powered hybrids. The hybrid car has been a closely guarded secret and has been under development for almost three years now at a research centre not far from the south of Paris. The car is expected to be a great success and will help the giant French car company to retain its place in the technology driven hybrid car market. The car will also use  standard batteries and will look no different to the standard models that we see today, as I said previously this will be a car that we can all service in the future which is good news for the independent garages out there.

To bring this article further forward, Peugeot , the French automaker revealed its Hybrid Air technology will be further revealed later this year at the Paris Motor Show. The vehicle that the new technology will be demonstrated on will be the Peugoet 208 hybrid car and not the Peugeot 206 that i stated earlier. This version of the Hybrid Air design will offer the car makers a fuel economy distance of 117 miles per gallon, which is an improvement on the figures that they announced last year. I believe that this technology could be a winner and will not involve the suspect lithium-Ion batteries, that other car makers are relying on.

Hi I would like to introduce myself. I have worked in the Garage and tyre and Cheap leisure Battery business now for 40 years. I have worked for a couple for national tyre companies in my younger days, before starting my first business. I now own a garage and MOT testing centre, here in the UK called Pellon Tyre and Auto-centre, and I am a keen blogger about anything to do with cars and their related products that will help my business. We are members of Point-S and Motor-Codes and are also a Unipart Car Care Centre and of course Tyre-safe.

BMW Wheel Alignment-How much should wheel alignment on a BMW cost?

Lighter Tyres- Yokohama Have come up with the more ECO friendly ADVAN ENV-R2 ?

Mobility Scooter Owners Batteries-Advantages Of Owning your own “MOBILITY...
Scroll to top
We use cookies to ensure that we give you the best experience on our website. If you continue to use this site we will assume that you are happy with it.Ok