Our Blog
You are here: Home / Our Blog / All Battery Information / ELECTRIC CAR Battery Plug in Stations in Chester UK

In the last few days I visited the beautiful city of Chester in Cheshire, North West England. Chester is very close to the Welsh border and is steeped in history. Of course, the city was once a Roman settlement. So, still boasts a near complete Roman wall. Encircling the city centre. Including, its many shops and hotels. Attracting millions of visitors a year.

My daughter Brooke collecting her graduation gown from the University campus in Chester.

My wife and I were in Chester to see our daughter receive her Honours degree. Naturally, from the University of Chester. The ceremony was held at the cities cathedral. Attended by many dignitaries and important university personnel. Subsequently, the service took some two hours. But was well worth it see our daughter Brooke receive her degree in French studies. Indeed, we were very proud parents indeed Celebrating with a nice meal and a few drinks. Before heading back to the hotel for a few more night caps.

The Hotel was the Mill Hotel and Spa complex Hotel just off the centre of Chester and very nice it was too. On arriving I could not help noticing that there was a few very large life size replicas of rhinos, painted in very bright psychedelically painted situated around the hotel car park. Looking more closely I noticed that they all had a sign attached to them. To my amazement the rhinos were in fact “electric car charging points”.

ELECTRIC CAR Battery- charging is free to residents of the hotel.

These were some of the first that I had ever seen in the North of England. The Hotel had them installed care of a company called”Zerocarbonworld.org” and are fitted free of charge through government grants and special funding. I have always been interested in the electric car and other inventions that are at the moment flooding the car market place, so I could not wait to turn this find into a blog.

When we checked out I asked the guy at the reception how much they charged to top the battery up on an electric car and to my surprise he said that there was no charge for the service indeed the service was free. But as a business man I know that the electricity used would have been a business cost and used to calculate the cost of a room, so therefor we would have been paying for the cost of charging up an electric car battery in the price of a room. The reception guy then told me that they had only ever had two electric cars to have their batteries charged.

In the end we all had a great three days and I found an interesting subject to blog about. 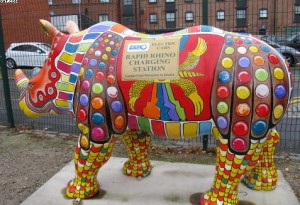 038 Morgan Battery-Beautiful Morgan Calls In for a new Battery

Nokian Targets CUV-SUV Tyre Market- With Dealer Expansion in The UK and The...

Waste Tyres Piled-Business illegally stock piled 45000 scrap tyres – Daily...
Scroll to top
We use cookies to ensure that we give you the best experience on our website. If you continue to use this site we will assume that you are happy with it.Ok