Our Blog
You are here: Home / Our Blog / All Car Manufacturer Articles / Austin Mini Cooper a true Classic-Reviews Buying Guide Parts And Service... 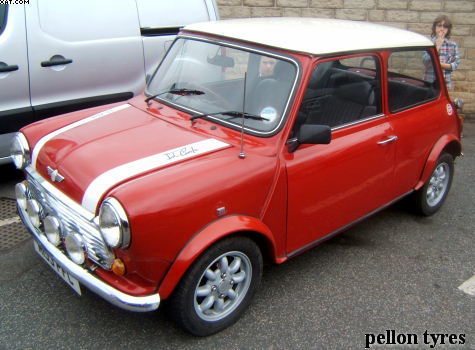 The Classic Austin Mini is a legend amongst enthusiast’s and the general public alike, there are not many p…

Happily, I was lucky enough ! Or unlucky enough (it depends how you liked or hated the Mini). So,  to be able to work on the first mini models to come out. Proficiently, I was an apprentice mechanic. At a local Mini Dealership . Subsequently, soon to become British Leyland garage . Happily in a small town called Batley in West Yorkshire UK.

Old fashioned tyre bead breaker that we had to try and break the 10ins mini wheels with.

Firstly, these little cars were pretty basic. Seriously, proposed a challenge to the experienced mechanics. Of course whenever these little vehicles went wrong ! Especially the engine unit or the gearbox and clutch.

Subsequently, mechanics in those days learned on the job . Making the new technology front wheel drive Austin Mini. Reluctantly, a new challenge. Because the technology was completely new. Especially in a small town garage.

These small Austin Mini cars were fitted with a 948cc engine in 1959 . I was told that the selling price was £399 for a brand new car. This was in 1959 ! Importantly, we did not get the Austin Mini dealership until five years later.

I can remember the problems we had with these great little cars. Leaking water became a problem. Especially, in the boot compartment. So, water used to leak in through a drainage plug . bellow the spare wheel.

The Mini’s  ten inch wheels that were developed by Dunlop for the Mini . Significantly, the mini tyres were really bad to remove and fit. Hence from the wheels. Despondently, in those days we only had tyre levers and a hand gadget for breaking the beads. Equipment wise this was fine on the 14 inch A35 and A 40 wheels. But the 10 ins Austin Mini wheels had a very deep rim . Thus making it almost impossible to break the tyres bead by hand ! Fortunately the first tyre fitting machines were starting to evolve. So, we took the whole wheels to the local tyre dealers. Kindly, who helped us out with their new style Italian fitting machines.

I remember the worse water leak was in the boot, where the battery was fitted.

Over the years they tried out different drainage methods but the metal in the Mini Countryman boot always rotted in time. Mini modification companies sprung up all over the place, including companies that made fibre-glass body panels. These included a complete front end, because this was another bad area for rusting and rotting. Indeed i fitted a new front end to one of me first mini cars, but the damned thing used to flop about in the wind at any speed over twenty miles per hour?

Despite all its faults and draw backs I loved the Austin Mini and the first four cars that I owned were Minis, I used to try all sorts of modifications, but none ever made them go faster

It was a great experience to work on these cars and in my opinion they are still much loved all over the World.

Hi I would like to introduce myself. Working in the Garage and tyre and Battery business now for 40 years. So. worked for a couple of national tyre companies before starting my first business. Of course, I now own a company here in the UK called Pellon Tyre and Auto-centre. Blogging about anything to do with cars and their related products. Naturally, that will help my business. We are members of Point-S and Trading Standards and are also a Unipart Car Care Centre.

Right to Repair Law- Could Brexit Affect our Right to repair Laws?
Pirelli Tyres Cables- The giant Italian tyre company also make Electric Cables
Lithium-Ion Batteries-Could These Be The Truck Batteries of the Future?
Point-s-Where Will the UK Tyre Market be Going Next as the giants battle it out?
Tyre Labels Regulations- Drivers are now taking more Notice of Them
Whats Rubber- Without rubber latex there would be no tyres?
Michelin Race Tyres may have Tested F1 Tyres in Le-Mans during the testing time?
Motorists Trust Motorcodes network-put their trust for reliable work in the "Motorcodes network"
Followon TwitterSubscribeto RSS Feed

Changing car tyres-When Should You Change Your Car Tyres? | Automotive Tools... Diesel Cars-Do they Need More Engine Servicing-VW now in the limelight?
Scroll to top
We use cookies to ensure that we give you the best experience on our website. If you continue to use this site we will assume that you are happy with it.Ok