Our Blog
You are here: Home1 / Our Blog2 / All Tyre Articles3 / Apollo Tyres at Manchester United Partner Launch at Old Trafford the home...

I have just arrived back from the three venue launch of a three-year deal with the iconic Manchester United. The venues were in Edinburgh, London and the final one took place at the Old Trafford home of Manchester United.

So, Apollo tyres are embarking on a three-year deal with Manchester United. To help launch the  brand here in the UK. The tyre company was first to make its tyres in Perambra, Kerala In India in 1976. They have since become the leading tyre maker in the national Capitol Region of India. Apollo was soon to be recognised for their excellent tyre products. For twenty years they kept them within the Indian economy.   Building their distinctive brand products and using good marketing initiatives to promote their products. Some of the things that Apollo did were to promote a customer loyalty scheme and help establish better-driving habits on the overcrowded Indian roads.

Apollo tyres then made the decision to expand outside of India and in 2006. They ventured into South Africa, by buying the Dunlop  International of South Africa, including the Regal tyres brand. This also included Zimbabwe and the Dunlop brand is now sold to over 30 African countries, using the renamed Apollo tyres Of South Africa brand name.

Apollo Tyres UK  then spread their wings into Europe

Consequently, acquiring Dutch tyre company Vredestein tyres, now known as Apollo Vredestein who also have strong links and a dealer network here in the UK. This was in 2009

and it was the plans of Apollo to set up a presence on yet another continent, Europe. The tyre company also went into partnership with a car battery manufacturer in Bangladesh in 2011.

The next step for Apollo tyres

Was to enter the North American marketplace, but after a huge setback failed to take over Cooper tyres and eventually pulled out of the deal.

Back here in the UK, Apollo has started to become a much larger player in the battle for tyre market share. Using the iconic Manchester United brand to become their launching pad for a market attack. I was invited as an independent tyre retailer, probably because of my past association with the Vredestein tyre brand, who are renowned for their excellent quality, especially their winter tyres collection.

We were to be on the third and final phase of the Apollo tyres promotional tour. With a tour of the Manchester United ground and museum. The tour was

excellent and conducted by professional tour guides who gave some insight into the clubs history and background.

This was most interesting !

Because not everybody were football fans and the ones that were football fans supported other clubs. So, after the tour, we were all invited for an evening meal on the ground. Happily,we were able to take pictures of the Premier League trophy. Subsequently, which the club kindly displayed in the dining room.

After an excellent meal, we were treated to a question and answer session from ex-Manchester United player “Lou Macari” all transported back to the Hilton Hotel in Manchester.There we were all given overnight accommodation and then treat for evening drinks in the hotel rooftop bar, we all had an excellent time.

Hi I would like to introduce myself. Working in the Garage and tyre and Battery business now for 40 years. So. Working for a couple of national tyre companies before starting my first business. Of course, I now own a company here in the UK called Pellon Tyre and Auto-centre. Blogging about anything to do with cars and their related products. Naturally, that will help my business. We are members of Point-S and Trading Standards and are also a Unipart Car Care Centre. 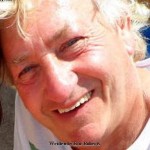 Electric Car Servicing-Buying An Electric ‘Compliance Car’? Think...
Scroll to top
We use cookies to ensure that we give you the best experience on our website. If you continue to use this site we will assume that you are happy with it.Ok